How America’s Real Estate Empire Rakes in Billions By Driving Wealthy Foreigners into the U.S. As A Safe Haven From War And Terror

It is totally fitting that Donald Trump is President of the United States, and will likely remain so for some time. Real Estate is Trump’s game, and as President, he is the head of the world’s largest real estate empire, the American Real Estate Empire. Using land stolen from thousands of Native American tribes, purchased from declining European monarchs, and taken as booty in wars with neighbors and other declining powers, the wealthy elite have figured out the biggest monopoly game on earth. They totally game it, and nothing can stand in their way, at the moment.

Realizing the ultimate scarcity of certain things like good land, beach front property, water, and the desire for safe and luxurious living, the elites have developed a “system” that guarantees their continued success. Here’s how it works:

Ever wonder why the U.S. goes around the world invading, bombing, and war-making on other countries? Do you really believe it is to bring “Democracy” or “Freedom” to other places? Look at it now through the eyes of the real estate empire. America begins by picking a target country. Usually, several countries are selected at one time. First might come economic sanctions. Squeeze the target financially, cut off banking opportunities, strangle commerce, etc. Think Venezuela, although many examples can be used. The wealthy elites in that country will realize that this is not a good situation, and it is time to hedge their bets.  They fear for their lives and for their families.  The may already have kids that are in the U.S. going to college, but at any rate, it’s time for them to start transferring assets to America.

Getting resident visas and putting money into U.S. banks is the first step. The next would be to buy a nice piece of property to hide out in until your home country settles down, which may be many, many years. So they go to New York, or Los Angeles, to Malibu, to Montana, and plunk down their hard earned currency to buy a palace for themselves. In many areas, around half of the most expensive properties sold are sold to foreigners. By saber-rattling, invasions, bombing, and other methods the U.S. Government scares the hell out of the elites of target countries. The doctors, lawyers, developers, oligarchs and criminals figure it out real fast. They have to leave their home country, which may soon be obliterated, and re-locate to the safety of the U.S. or Europe, where they can enjoy the remains of their wealth.

America welcomes them with open arms. The realtors are happy to sell them an overpriced mansion. With Trump and Obama keeping interest rates close to zero, the builders and developers can perform miracles. Take a look at some of the wealthiest areas, like Beverly Hills, or Brentwood, California.  The real estate boys have paid huge amounts to buy existing properties. Often, they tear them down. Then they build huge monstrous, even more expensive mansions, because they know that as long as the U.S. Government is captive to the real estate and banking interests, the flow of wealthy refugees will continue. If you have money, you will get in. If you are poor, keep out. And if you are poor and bring your kids, they may end up in cages without a toothbrush.

The newspapers in L.A. And New York now make a big chunk of their money by selling ads to real estate interests who are selling these uber-mansions that are priced in the millions. The more countries America attacks, the more the wealthy elites of those countries flee to the U.S. with their cash. The result is a continuous cycle of money flowing in. The foreigners come from every country that has been attacked or sanctioned. And they pay through the nose to own a nice mansion in Brentwood or New York. The foreign policy of the U.S. seems to never change. Year after year, country after country, this scam continues. And our banks get richer, our real estate kings get richer, our mortgage brokers benefit, our contractors are employed re-modeling and fixing things, it is our only real industry. Manufacturing is gone. American elites and Real Estate Investment Trusts make their living selling land we have developed over and over, the prices now in the stratosphere.  What a great scam. And you really think Trump, the emblem of Real Estate, is going to be defeated?

You also may dream about peace in the middle east.   Forget it. Look to our partner called Israel. They are doing the same thing only on a smaller scale at the moment. Stealing land from the Palestinians and then building condos to sell to proto-Jews from places where they are “scared out of” due to mysterious swastikas painted on Jewish gravestones in Europe. Move to Israel where it’s “safe”. Wonderful condos going up soon in the Jordan Valley and Golan heights. And if the U.S. would only blow the crap out of Syria, Lebanon and a few other places, millions of acres of real estate can be developed. 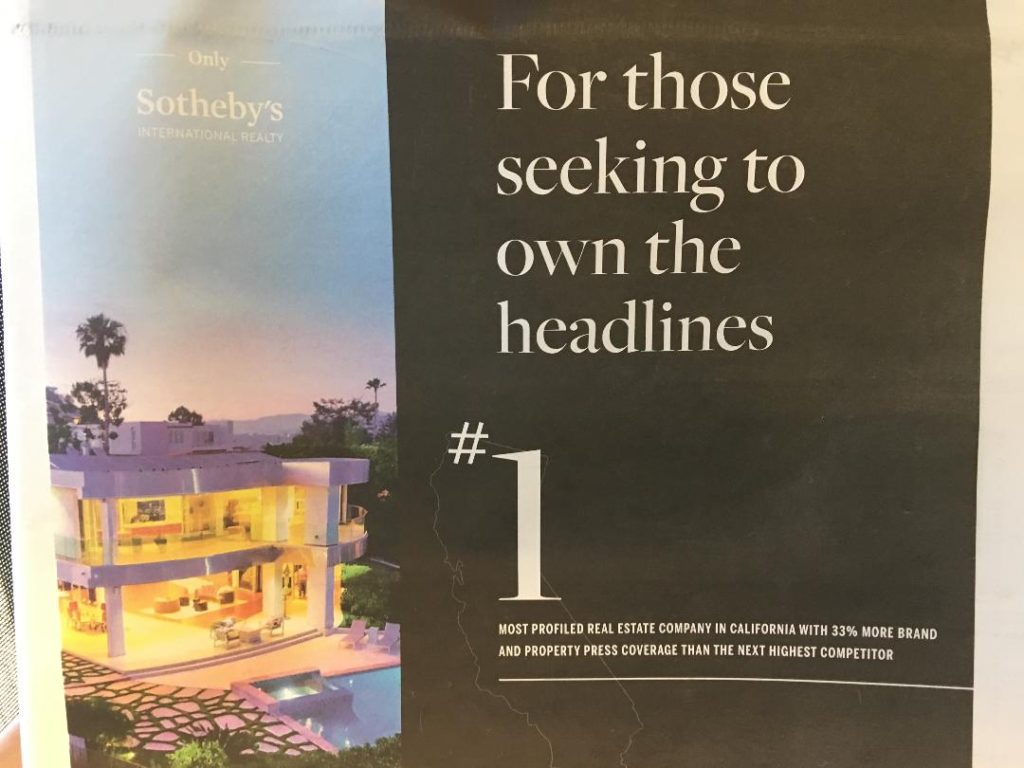 A lot of conspiracy theories are now also existing about “Disaster Capitalism.” Maybe they are true. Has America figured out how to manipulate hurricanes and storms? Wipe out a country, like the Bahamas, then the real estate sharks can go in and buy up some good property cheap. Look at New Orleans. Did someone “blow the levees”? Huge areas were flooded. A lot of poor people who owned the properties were wiped out. The City then sent notices that the structures had to be demolished or they would be fined. Eventually they could lose their properties. More to sell at auction to carpetbaggers pouring in looking for disaster deals.. Buy it, build it, sell it for more, and get out. If it floods again, hit the repeat button. Suspicions are high about Puerto Rico. The U.S. pulled the plug on a lot of aid. This may mean that quite a bit of property will soon be available. Build some mansions on the beach. Maybe some Syrians or Venezuelans will come in and buy them. Maybe Trump will build a hotel. The sky is the limit for participation in the Big Skim. Millions of Foreigners are waiting in the wings. The American military budget continues to grow. America will continue to squeeze, to sanction, to threaten, to bomb. The world is a monopoly board for the rich real estate elite. And what a great time they are having!