What Happens When You Don’t Keep Up Your Property 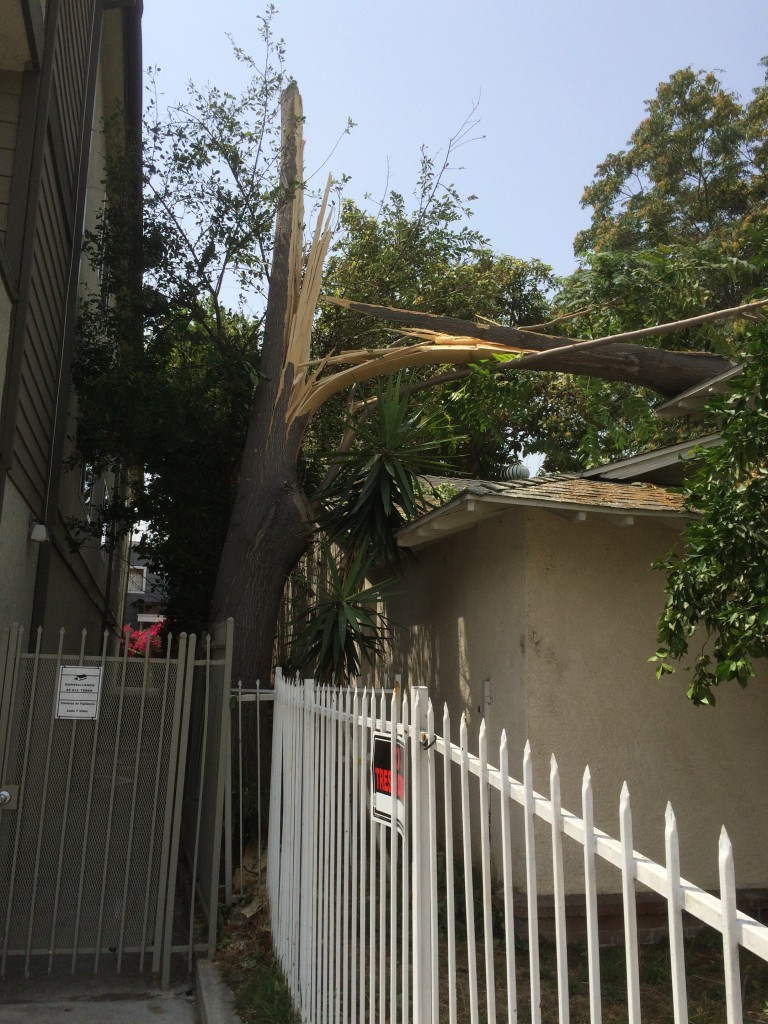 An uninhabited house on Riverside Drive a block east of Laurel Canyon has taken a big hit as an untrimmed tree split and crashed onto the house. This property was supposedly purchased recently for around $900,000, but has sat empty for almost a year.  Transients were living in it for a time this month, but they were finally evicted. 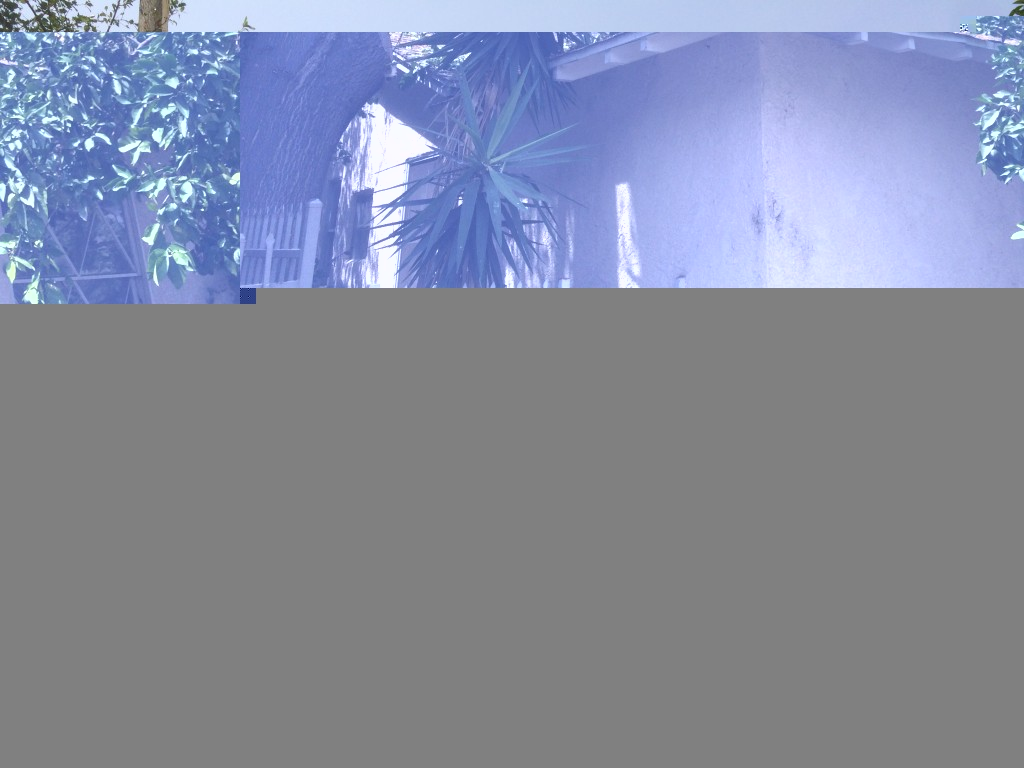 The tree could not grow to the east because of the apartment building that butts up against it, so it grew to the west until it became so unbalanced that it split and crashed into the house.  It’s always interesting how much money some folks have to buy a house for almost a million dollars and then let it sit empty and rot.  It proves the old adage “Money does not care who it belongs to.” 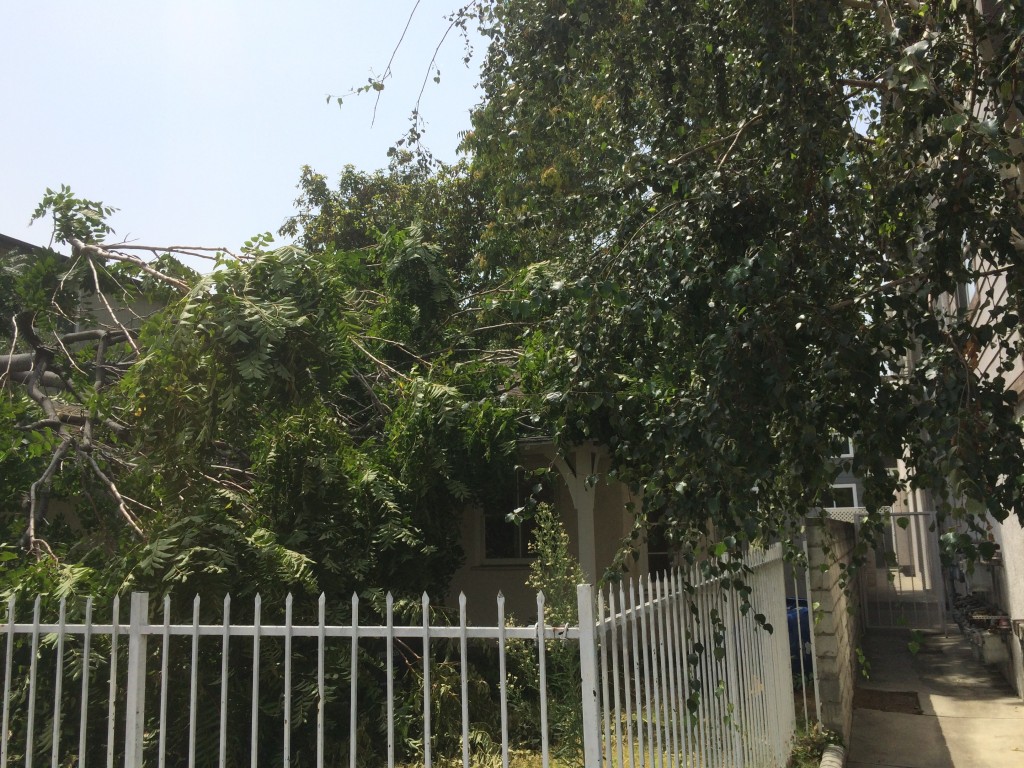 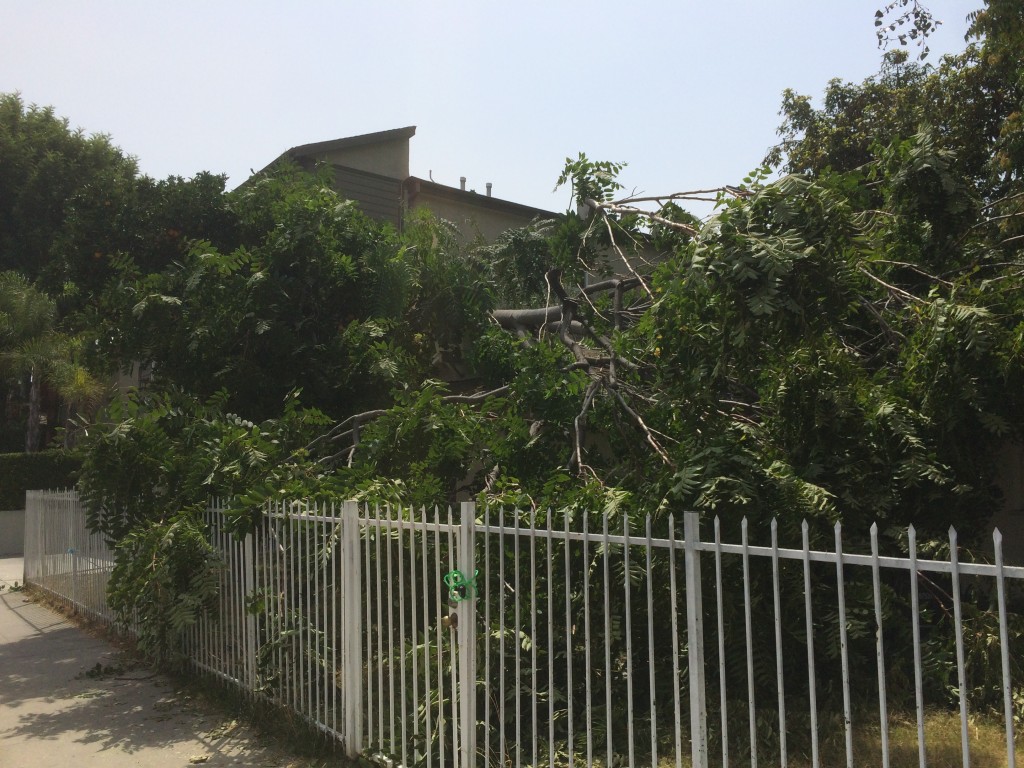