A recent posting on the Pacifica watchdog website, PacificaInExile.org turned up a nightmare issue that came from KPFK’s General Manager, Leslie Radford.  Here’s the paragraph from Pacifica In Exile:

“At the same meeting, Radford stated her intention was not to pay for past-due premium gifts for subscribers unless compelled to by “legal action”. KPFT treasurer Bill Crosier pointed out subscribers are unlikely to donate again if they still haven’t received gifts from previous drives, but Radford stuck to her guns about not paying past due premium bills. She described the unpaid bills as totaling $70,000, which loosely represents about half a million dollars in pledges from 3,000 people. Radford’s statement verges on a declaration of intent to commit mail fraud and may compel the legal action mentioned”.

These statements took place at a Pacifica National Finance Committee meeting on December 14, 2015.  You can listen or download the audio of the meeting, click here.

A problem that has been occurring at several of the Pacifica network stations over the last few years is that promises of “premiums” to donors for making pledges have in many instances not been sent to the donors.  This, of course, infuriates the donors or subscribers, who have pledged, say, $75 – $300 and are waiting for a dvd or some other gift that never arrives.  The question is if this is a continuing pattern of behavior by the station, does it constitute a fraud, possibly mail fraud?  The further question is how far down the chain of command the fraud charge would apply?  All programmers are expected to participate in the fund drive “pitching” .  If the station announces, or it becomes clear after several years of this nonsense, that because of lack of funds to mail out the premiums, or indeed pay for them, that the station is just “blowing them off” to save money, are the programmers also guilty of participating in the scheme? 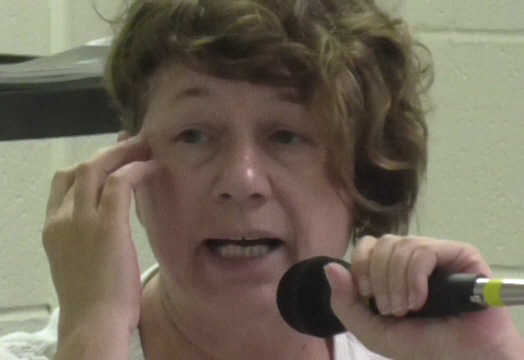 Ms. Radford, during the Pacifica National Finance Committee meeting, seemed to be saying that KPFK is mainly interested in paying bills that might result in legal or court actions if not paid, and that she wasn’t worried much about the past due premiums of $70,000 ending up in court, so no rush to take care of it? She mentioned that the $70,000 was much less than it was in a previous statement, hopefully meaning that KPFK is trying to “catch up” on the premium mess, but she did not expand on the comment, or give any indication of when, if ever, all the back premiums would be sent out.

WBAI in New York has also had an on-going problem with premiums.  It’s actually worse there, as Progressive Radio’s Gary Null has intimated that past personnel at the station may have been involved in a conspiracy of sorts to bootleg Null’s documentaries and offer them as premiums without paying for them.  He has threatened a “major” legal action if his demands are not met, and it is possible that the turn of the new year may see this legal action filed against Pacifica and/or WBAI.  This would possibly be for a much more serious charge of copyright violations, a Federal crime.  Click here to go to Gary Null’s Progressive Commentary Hour archives, check out the three shows of 9-22, 9-29, and 10-6 on Pacifica’s Problems.

Another bombshell was dropped by Ms. Radford at the same Finance meeting, which took place via skype or telephone, was that she had a letter in her hand from someone who was interested in buying KPFK’s building and would then be willing to “lease it back to us”.  The property on Ventura Boulevard in Studio City is considered a prime parcel, and any big real estate investment group would be interested in buying it, knowing that there would be a possibility that KPFK would default on the lease in the future, leaving the new owner free to get the high going rents after that. This shocking announcement would dispose of a great capital asset, bring in a pile of cash now, but would be very costly in the long run. It will be interesting to see how this idea goes forward.  The looming black holes of debt and mismanagement are pressing in on Pacifica, and disposing of real estate assets may now be on the table.

KPFK Airs Homophobic Rant as the

Since 1959, KPFK, the Pacifica radio station in Los Angeles, has broadcast a wide range of liberal and hard-left-leaning programming under the rubric of multiculturalism. KPFK, for instance, airs the only LGBT-specific broadcast in the Greater L.A. area—IMRU, produced by award-winning out journalist Steve Pride.

But constant rebellion doesn’t necessarily entail respect among the programmers and community board members of the commercial-free, listener-sponsored station, so Pride created a Hate Speech Prevention policy. It took seven months to pass, but the interim policy was in effect on Aug. 15-16 when KPFK aired an unchallenged homophobic rant in which a psychiatrist compared homosexuality to bestiality, among other offensive comments.